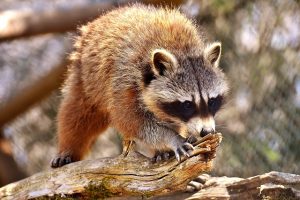 Are Raccoons Dangerous or Mean to People or Pets?

As a general rule, raccoons overall are not typically aggressive to Dallas homeowners or their pets, though they are certainly curious. You will still want to get rid of raccoons on your property even if they do not approach you or your pets.

While many urban raccoons have lost their fear of humans, they usually won’t act in a hostile way without a reason. Raccoons often display this lack of inhibition when they are rabid, so we don’t suggest interaction with them. Raccoons are seldom dangerous, but when protecting territory or babies, they can become very protective. Raccoon attacks are most commonly associated with and due to an injury or sickness.

Many issues come with Raccoons getting too close to human environments. If there are any concerns at all, a call to our Trutech technicians can provide answers and peace of mind for any circumstance.

When they feel cornered or frightened (like other wildlife), a raccoon will usually try to intimidate the creature away. Raccoons will try to make themselves appear larger, huff, grunt, or even lunge forwards in a mock attack. Raccoon teeth look intimidating, so the pests may also bare their teeth as a scare tactic.

Along with their agressive behaviors, raccoons can cause problems to crops, farm animals, and other outdoor resources. Raccoons can wreak havoc on large scale crop fields and even small gardens. They have been known to kill small livestock like poultry, young lambs, and kid goats.

Raccoons in the Home

A raccoon getting into your Dallas home can create many problems. A big problem is the odors and stains their feces and urine may leave in areas in which they live.

In addition to property damage, raccoons can transmit hazardous diseases like rabies to humans and domestic animals. To avoid raccoon altercations and minimize health risks, do not try to approach or handle raccoons in the home. Instead, contact a Trutech of Dallas technician for a safe and effective way to get rid of raccoons in Dallas.

WE’RE JUST A PHONE CALL AWAY

When you call Trutech®, you speak directly with a service representative – any time, no recording. We provide immediate assistance if you discover a living or dead animal in your home. Our expert technicians are available for emergency service.